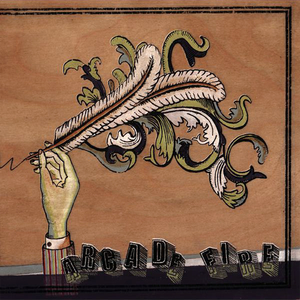 Funeral is the debut full-length album by Canadian indie rock band Arcade Fire, released on September 14, 2004 in North America by Merge Records and on February 28, 2005 in Europe by Rough Trade Records. It was given its title because several band members had recently lost members of their families: Régine Chassagne's grandmother died in June 2003, Win and William Butler's grandfather (swing musician Alvino Rey) in March 2004, and Richard Reed Parry's aunt in April 2004. Preliminary recordings for Funeral were made during the course of a week in August 2003 at the Hotel2Tango in Montreal, Quebec, and the recording was completed later that year. The album produced 5 singles. The most successful, "Rebellion (Lies)", peaked at #19 on the UK Singles Chart. The album was nominated for a Grammy Award in 2005 for Best Alternative Music Album. It received wide critical acclaim and topped many year-end lists. It was ranked eighth in Bob Mersereau's 2007 book The Top 100 Canadian Albums, and #2 on Pitchfork's 200 Top Albums of the 2000s Initial critical response to Funeral was very positive. At Metacritic, which assigns a normalized rating out of 100 to reviews from mainstream critics, the album has received an average score of 90, based on 30 reviews. Allmusic reviewer James Christopher Monger gave the album a rating of four and a half stars out of five. He described it as "brave, empowering, and dusted with something that many of the indie-rock genre's more contrived acts desperately lack: an element of real danger." Rock critic Robert Christgau gave the album an A-, saying that Funeral was "...too fond of drama, but aware of its small place in the big world, and usually beautiful." Pitchfork Media ranked the album #2 on their Top 200 Albums of the 2000s list, after Radiohead's Kid A. Drowned in Sound also highly praised Funeral. Reviewer Jesus Chigley called the album "...empowering and hopeful and euphoric all at once", saying that "it says everything there is to say about mortality and it does it in 10 tracks." Stylus's Josh Drimmer gave Funeral an A, calling it "celebratory, emotionally rich and life-affirming" Dave Simpson of The Guardian called it "one of the year's best already, by a mile." Zeth Lundy of PopMatters complimented Funeral on its eccentricity, calling it "bizarre at turns and recognizable elsewhere, equally beautiful and harrowing, theatrical and sincere, defying categorization while attempting to create new genres. Read more on Last.fm. 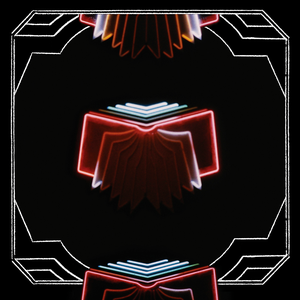 Neon Bible is the second album by Canadian indie rock band Arcade Fire, released in March 2007 on Merge Records. Originally announced on December 16, 2006 through the band's website, the majority of the album was recorded in a church that the band bought and renovated. Neon Bible became Arcade Fire's highest charting album at the time, debuting on the Billboard 200 at number two, selling 92,000 copies in its first week and more than 400,000 to date. Being released within a month of similarly successful releases by The Shins (Wincing the Night Away) and Modest Mouse (We Were Dead Before the Ship Even Sank), Neon Bible was cited as an example of the popularization of indie rock. Critics offered the self-produced Neon Bible mostly favorable reviews. Publications like NME and IGN praised the album for its grandiose nature, while Rolling Stone and Uncut said that it resulted in a distant and overblown sound. Following the release of Funeral (2004), which had been recorded in an attic. Read more on Last.fm. 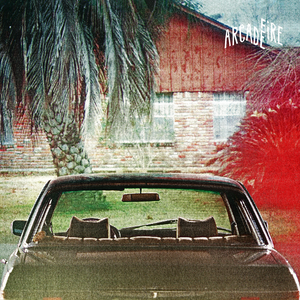 The Suburbs is the third studio album by Canadian indie rock band Arcade Fire, released in August 2010. Coinciding with the announcement the band released a limited edition 12-inch single containing two tracks from the album, "The Suburbs" and "Month of May". The album debuted at No. 1 on the Irish Albums Chart, the UK Albums Chart, the U.S. Billboard 200 chart, and the Canadian Albums Chart. It won Album of the Year at the 2011 Grammy Awards, Best International Album at the 2011 BRIT Awards, Album of the Year at the 2011 Juno Awards, and the 2011 Polaris Music Prize for best Canadian album. Two weeks after winning Grammy's Album of the Year, the album jumped from No. 52 to No. 12 on the Billboard 200, the album's highest ranking since August 2010. Arcade Fire released a deluxe edition CD/DVD of The Suburbs on June 27, 2011 (everywhere except the U.S. and Canada). The American and Canadian versions were released on August 2, 2011, to coincide with the original album's anniversary. The new version included two brand new tracks recorded during The Suburbs album sessions ("Culture War" and "Speaking in Tongues", the latter featuring David Byrne), an extended version of album track "Wasted Hours", Spike Jonze's short film, Scenes from the Suburbs, and an 80-page booklet as well as other exclusive content. Read more on Last.fm. 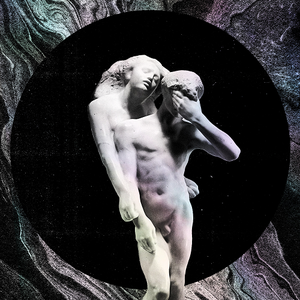 Reflektor is the fourth studio album by Canadian indie rock band Arcade Fire, released on October 28, 2013 on Merge. A double album, Reflektor was produced by former LCD Soundsystem frontman James Murphy, regular Arcade Fire producer Markus Dravs and the band itself. Influenced by Haitian rara music, the 1959 film Black Orpheus and Søren Kierkegaard's essay, "The Present Age", Reflektor's release was preceded by a guerrilla marketing campaign inspired by veve drawings, and the release of a limited edition single, "Reflektor", credited to the fictional band, The Reflektors, on September 9, 2013. Read more about Reflektor on Wikipedia... Read more on Last.fm.