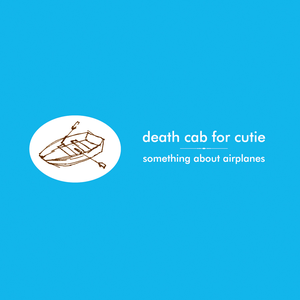 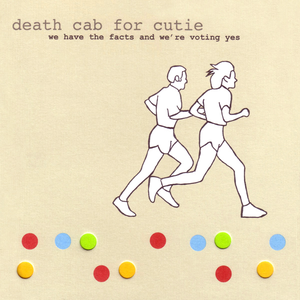 We Have the Facts and We're Voting Yes is the second studio album by indie rock band Death Cab for Cutie, released March 21, 2000, on Barsuk Records. It was ranked the 14th Greatest Indie Rock album of all time by Amazon.com. Read more on Last.fm. 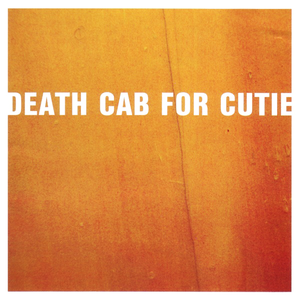 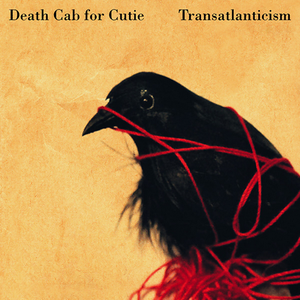 Transatlanticism is the fourth studio album by Death Cab for Cutie, released October 7, 2003 on Barsuk Records. Prior to the album's release, Ben Gibbard stated: "...unlike The Photo Album, I feel like this record is definitely more like a proper album. We’ve tried to construct it with transitions of songs going in and out of each other, and I think it's a little bit more expansive than the last record." The album peaked at number 97 on the Billboard 200 Album Chart. The album has been certified Gold in the U.S. It is available on CD, SACD, and vinyl. The album is Jason McGerr's first as the band's drummer. The album was rated the 57th best of the decade by Rolling Stone. The album received highly positive reviews, and is to date the band's most acclaimed album. Transatlanticism scored an 85 on Metacritic, indicating "universal acclaim". Rob Theakston of Allmusic stated, "It's the group's maturity as musicians as well as songwriters that make Transatlanticism such a decadently good listen from start to finish" and gave it 4.5 stars out of 5. Among the most critical of the album was William Morris from Pitchfork Media, who stated, "Transatlanticism dulls the edges of their usually acute divinations", although he gave the album a positive review. Tracks from Transatlanticism have been featured in several films and television shows. A poster of the album cover hangs in the bedroom of The O.C. character Seth Cohen, and a copy of the album is part of his "starter pack" during the first "Chrismukkah" episode. The song "A Lack of Color" is featured on Music From The OC: Mix 2. The song "Transatlanticism" was featured in a season four episode of Six Feet Under, a season five episode of CSI Miami ("Death Pool"), an episode of Harper's Island, and the films The Puffy Chair and Disturbia. "The Sound of Settling" was featured on the soundtracks for Wedding Crashers, Shop Girl, and Mean Creek. The song "Passenger Seat" was featured in the Californication episode "Girls, Interrupted". Read more on Last.fm. 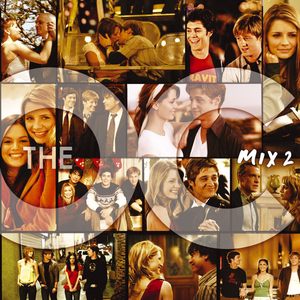 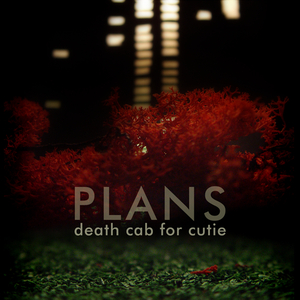 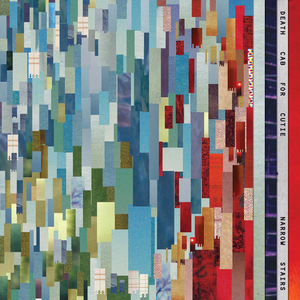 Narrow Stairs is the sixth studio album by rock band Death Cab for Cutie. It was released on May 12, 2008 in the United Kingdom and released on May 13, 2008 in the United States. The first single of the album was I Will Possess Your Heart, released on March 18, 2008. The second single will be Cath.... Production In October 2007, Chris Walla, producer and guitarist, said that Death Cab for Cutie's new album "is in full swing; we're six songs in." He went on to say "thus far it's pretty weird and pretty spectacular; lots of blood. It's creepy and heavy... we've got a ten minute long Can jam, and had you suggested that possibility to me in 1998, I'd have eaten your puppy's brain with a spoon." In a Billboard piece, Walla promised a "curve ball" and described the album: "It's really weird. It's really, really good, I think, but it's totally a curve ball, and I think it's gonna be a really polarizing record. But I'm really excited about it. It's really got some teeth. The landscape of the thing is way, way more lunar than the urban meadow sort of thing that has been happening for the last couple of records." Walla went on to say, "[It's also] louder and more dissonant and ... I think abrasive would be a good word to use. [We were influenced by] heavy, sludgy, slow metal [and] synth-punk band Brainiac." Ben Gibbard, lead singer and writer, commented, "I just don't feel like we really have anything to prove of it other than to ourselves and to making a record we really enjoy." The lead single, "I Will Possess Your Heart" was released on March 18, 2008, and the band released the single on their MySpace page shortly thereafter. The song began radio play on March 24, 2008. Apple's iTunes music store opened pre-orders for the album on March 19, 2008. On March 31, a fake version of the album was "leaked" on a music blog and spread to various torrent sites as an April Fool's prank with only "I Will Possess Your Heart" correct of all the Narrow Stairs songs named. The rest of the songs were by German indie band Velveteen, but due to the two bands having a very similar sound, some fans weren't sure at first if the files were in fact fake. On May 6, 2008 the album was released on iTunes a week early, but was set back to pre-order status the next day. Notes Several of the songs have literary or cultural themes. Grapevine Fires appears to be centered around the wildfires that raged in California during the summer and fall of 2007. Bixby Canyon Bridge is rife with references to Jack Kerouac's writing; Gibbard often notes that Kerouac is a favorite author in interviews, and Bixby was written during the artist's recent trip to Big Sur. Gibbard has written lyrics about Kerouac before - notably, his contribution of lyrics and vocals to a song by Styrofoam titled Couches in Alleys. In Death Cab for Cutie's 2000 album, We Have the Facts and We're Voting Yes notably, there is a song titled Lowell, MA. Lowell, Massachusetts is where Kerouac was born. Furthermore the album's Title Track makes a reference to Kerouac's poem "October in the Railroad Earth." Many fans have noted that Gibbard's lyrics on Narrow Stairs are largely more straightforward and easier to interpret than on past records. The 10th song Pity And Fear ends abruptly. In an interview the band stated that the ending was supposed to sound a bit like the recording but actually the tape machine they were using broke toward the ending. The cover art was created by designer EE Storey. Critical reception The album has received mostly positive reviews. MTV's James Montgomery referred to Narrow Stairs as "unquestionably the best thing [Death Cab has] ever done". In another positive review, Rolling Stone called the album "a dark, strangely compelling record that trades the group's bright melancholy for something nearer to despair." The album has so far been highly rated by critics and fans, having been awarded 4 stars out of 5 by publications such as Rolling Stone, Kerrang!, Spin, Alternative Press, The Times, The Independent and The Guardian, as well as by the website All Music Guide. Time Magazine and Consequence of Sound both awarded the album a "B+" rating, with the AV Club giving an "A" rating, while positive reviews have also been given by Mojo, People, Pitchfork Media, The Album Project, Patrol, AbsolutePunk and PopMatters, among several others. It has a rating of 74 on music review aggregator Metacritic. In its debut week, Narrow Stairs reached the #1 spot on the Billboard 200 chart, selling 144,000 copies and scoring the band its first #1 album. One week later it fell to #5 with 52,000 copies. It has so far sold 374,068 copies in the US. The final track on the album, The Ice Is Getting Thinner, is used in the final episode of the hit TV series Gossip Girl during an emotional scene between two of the lead characters, Serena van der Woodsen and Dan Humphrey. Read more on Last.fm. 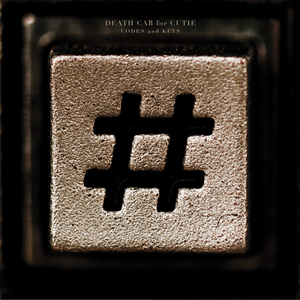 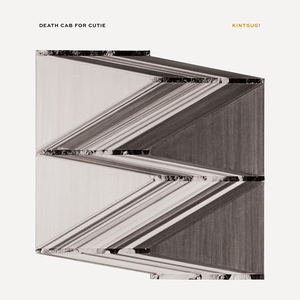 Kintsugi is the eighth studio album by American indie rock band Death Cab for Cutie, released on March 31, 2015, on Atlantic Records. Recorded at Eldorado Recording Studios, in Burbank, California, Kintsugi is produced by Rich Costey, and is the first Death Cab for Cutie album to feature an outside producer. The album was nominated for Best Rock Album at the 58th Grammy Awards. During the production of the album, lead guitarist and founding member Chris Walla announced that he was leaving the band, though he continued contributing to the recording and creative process as a full member until the album's completion. Read more on Last.fm.