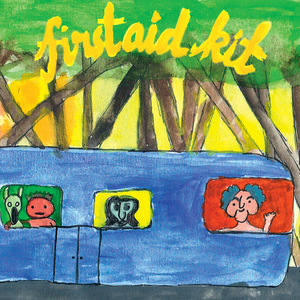 Drunken Trees is the debut release by Swedish folk duo First Aid Kit. It was released on 9 April 2008 in Sweden via Rabid Records, followed by a UK release via Wichita Records on 23 February 2009. The UK release features the band's cover of Fleet Foxes' "Tiger Mountain Peasant Song" as a bonus track, in addition to videos of "Our Own Pretty Ways", "Jagadamba, You Might" and "You're Not Coming Home Tonight". Read more on Last.fm. 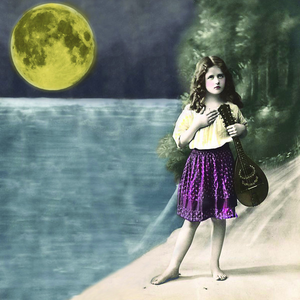 Big-voiced Swedish sisters Klara and Johanna Söderberg make their intentions perfectly clear on MySpace: “We aim for the hearts, not the charts”. Commendable, but given the pressure on any artist to perform well commercially – different targets for different troupes, granted, but targets nonetheless – perhaps a little naively idealistic. The Big Black & the Blue is, expectedly, not an album that will top any countdown this side of a dramatic and unforeseen folk revolution. First Aid Kit’s debut is all delicate picks and humble strums, where many girls its makers’ age – they were born in 1990 and 1993 – match their pulses to the skip-along sounds of the pop Top 40. Though the Söderbergs once sang along to Britney hits, their original fare is of the world-weary, heavy-hearted variety; disregard acknowledgment of their age and one could assume these voices sing from experience, not fanciful imagination. It’s also tough to trace the roots of this material to Scandinavia’s fertile musical soil, as its primary touchstones are artists exclusively of stateside lineage – the bruised, soul-exposed lo-fi Americana of Bill Callahan; Cat Power’s spare, smoke-trail-detailed evocations; the soft-focus dynamics of Midlake and Fleet Foxes. As such questions can be posed, as to the ‘authenticity’ of First Aid Kit’s repertoire; but so finely accomplished is the sisters’ execution that doubts are soon dismissed. While songs are, at times, little more than sketches – embellishments are at a premium, much on offer bare-boned and probably better for it – there’s only ever one element that’s properly illuminated: the vocals. And the sisters can sing, wonderfully so, uncommon richness wrapping itself around syllables drawled with all the ache of an individual battered by the conflicts of love, but stubbornly still standing. They can hold the listener in a trance-like state, the grip only broken when a sharp acoustic cuts the cord to mark the arrival of another song. Familiarity does threaten to impose itself, as structures vary little from number to number, a template adhered to tightly. But these 11 tracks wisely elect not to outstay their welcome, ensuring that repeat experiences are enjoyable, if not markedly memorable. They might not always connect with the listener on an emotionally deep level, but there’s the suggestion that, with just a little development, those hearts are First Aid Kit’s for the taking on album two. Theirs are clearly in the right place. Read more on Last.fm.