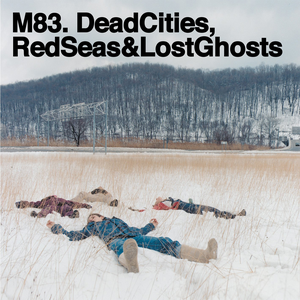 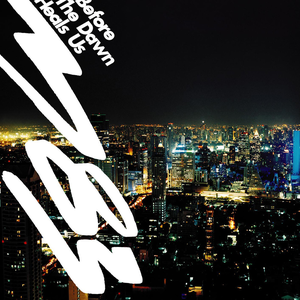 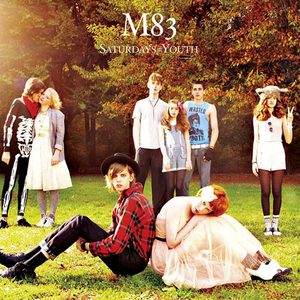 Saturdays = Youth is an album by French electronic group M83 released on April 14, 2008. The album was recorded with Ken Thomas (known for his work with Sigur Rós, The Sugarcubes, Cocteau Twins and Suede) and Ewan Pearson (who has also produced for Tracey Thorn, The Rapture and Ladytron). "Couleurs" is the first single, released to digital retailers on February 25, 2008. The album's second single, "Graveyard Girl," was released on April 8, 2008 with the original album version as well as a remix by Yuksek. "Kim and Jessie" was the third single, released in July. The album hit number 107 on the Billboard 200, was ranked 8th best album of 2008 by Pitchfork Media, and was voted best album of 2008 by Drowned In Sound and by Urban Outfitters. Read more on Last.fm. 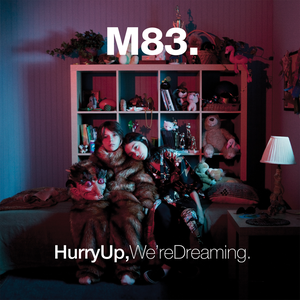 Hurry Up, We're Dreaming is the sixth studio album by French electronic band M83. The double album was released on 18 October 2011 by Naïve Records in France and Mute Records in the United States. The album was produced by Justin Meldal-Johnsen and has received generally positive reviews. In addition, it debuted at number fifteen on the US Billboard 200 with first-week sales of 21,000 copies, becoming M83's highest-charting album to date. Prior to recording Hurry Up, We're Dreaming, Anthony Gonzalez had moved from his native France to Los Angeles. Describing the move in an interview, Gonzalez said: "Having spent 29 years of my life in France, I moved to California a year and a half before the making of this album and I was excited and inspired by so many different things: by the landscape, by the way of life, by live shows, by movies, by the road trips I took alone... I was feeling alive again and this is, I feel, something that you can hear on the album" Gonzalez's tour with The Killers, Depeche Mode and Kings of Leon, in addition to his road trips to Joshua Tree National Park also heavily influenced the album. Gonzalez cited the ambitiousness of albums such as Mellon Collie and the Infinite Sadness as the reason he made Hurry Up, We're Dreaming a double album. In addition, he described the two discs as brother and sister, with each track having a sibling on the other disc. The album was recorded in Los Angeles at Sunset Studio and The Sound Factory. Because of budget constraints and union issues, the string and brass players who contributed to the album were not paid and were credited with pseudonyms. Gonzalez recorded the album as a way to remember his childhood. Gonzalez explained to Spin magazine that Hurry Up, We're Dreaming is "mainly about dreams, how every one is different, how you dream differently when you're a kid, a teenager, or an adult. I'm really proud of it. If you're doing a very long album, all the songs need to be different and I think I've done that with this one." In an interview with musicOMH, he described the album as "a reflection of my 30 years as a human being" and something he dedicated to himself. Read more on Last.fm.