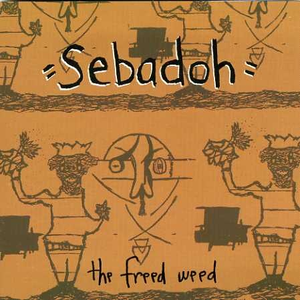 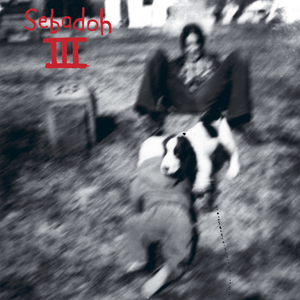 III (or Sebadoh III) is the third album by the American indie rock band, Sebadoh. It was released by Homestead Records in 1991. III was the first full length Sebadoh album to feature Jason Loewenstein, who joined the band's two founding members Lou Barlow and Eric Gaffney in 1989, and debuted on the "Gimme Indie Rock" single earlier that year. III features songwriting contributions from all three band members, with folky, melodic material by Barlow, noisy hardcore rock by Gaffney, and songs that bridged the gap between those extremes by Loewenstein. It opens with the electric Barlow-penned "The Freed Pig," an attack on Barlow's ex-bandmate J. Mascis, who fired him from his former band Dinosaur Jr. in 1989. However, the majority of Barlow material on III is acoustic, like the eponymous ode to his girlfriend and future wife, "Kath." Gaffney's material includes the LSD-referencing album closer, "As the World Dies, the Eyes of God Grow Bigger," which addresses his dark family life. III was released the same month as Nirvana's major label debut, Nevermind, which brought alternative rock to the mainstream. In the wake of Nirvana's breakthrough, many other acts who emerged from the 1980s independent music scene, but remained signed to independent record labels, achieved modest success. Along with Pavement's 1992 debut Slanted and Enchanted, III is considered one of the "cornerstones of 90s indie rock," and helped establish the lo-fi subgenre. "The Freed Pig" was covered by the American indie rock band The Breeders on the Head to Toe EP in 1994. "Spoiled" was re-released on the Kids soundtrack in 1995, and can be heard during the film's closing credits. The album has been included in various best-of lists in the years since its release, including Alternative Press' "Top 99 of '85-'99" in 1995 (#85) and Spin's "Top 90 Albums of the 90's" in 1999 (#41). Read more on Last.fm. 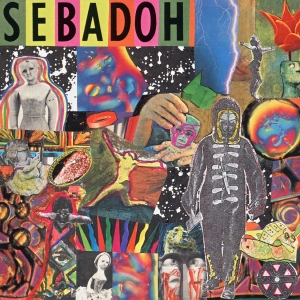 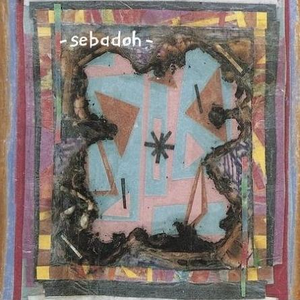 Bubble and Scrape is the fourth album by American indie rock band, Sebadoh. It was released by Sub Pop in April 1993. Bubble and Scrape was the final Sebadoh album to feature founding member Eric Gaffney. Like its predecessor, Sebadoh III, Bubble and Scrape features songwriting contributions from all three members: co-founders Gaffney and Lou Barlow, and Jason Loewenstein. Unlike the first three official Sebadoh albums, however, Barlow's contributions are mostly electric, with one exception being the acoustic duet, "Think (Let Tomorrow Bee)." Bubble and Scrape was the first Sebadoh album to be recorded entirely in the studio, marking a departure from the lo-fi sound of their previous albums. In addition to the greater use of electric guitars and the higher production value, the album features longer songs and more sophisticated song arrangements, paving the way for their more polished future albums, starting with Bakesale in 1994. Critics not only praised the strength of Barlow compositions like "Soul and Fire" and "Think (Let Tomorrow Bee)," but noted Loewenstein's emergence as a songwriter. It was ranked #9 in the NME's "Top 30 Heartbreak Albums" list in 2000. The album was especially well-reviewed upon its reissue in 2008, with Matthew Fiander of Pop Matters writing, "It is an album that stands to benefit from a second life, and gives us as listeners the chance to hear a recording that we may remember but possibly overlooked the first time around." Amy Granzin of Pitchforkmedia wrote that it "may be the band's holistic best ," and that it "marked the point at which Sebadoh's aesthetic evolved from 'quick, where's the four-track?' to reasonably well-crafted indie rock." Read more on Last.fm. 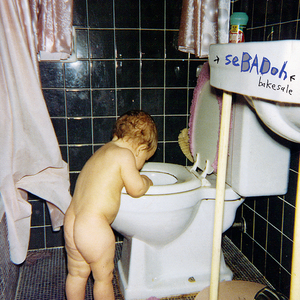 Bakesale is the fifth album by American indie rock band, Sebadoh. It was released by Sub Pop in 1994. Bakesale was the first Sebadoh album released following the departure of founding member, Eric Gaffney. The band remained a three piece with the addition of drummer Bob Fay, who joined other founding member, Lou Barlow, and Jason Loewenstein. The album cover is a photograph of a one-year-old Lou Barlow, taken by his mother. As a result of Gaffney's departure, the songwriting on Bakesale was handled primarily by Barlow and Loewenstein, with Fay contributing the lone track, "Temptation Tide." The album continues the band's departure from the largely acoustic, lo-fi sound and shorter song structures that characterized their first three albums, and boasts a more polished production value than previous Sebadoh albums. This helped the band not only expand its underground following but flirt with mainstream success, and several singles and even a few music videos were released from the album. Critics cited Bakesale as the band's most accessible album to date, with the strong songwriting of Barlow and Loewenstein benefiting from the more polished production. The album was included in a number of year-end lists in 1994, including Spin's "20 Best Albums of '94" (#16), the Village Voice's "1994 Pazz & Jop Critics Poll" (#20), the NME's "25 Best Albums of 1994" (#27), and Mojo's "25 Best Albums of 1994" (unranked). In July 2008, it was listed by Pitchforkmedia as one of the publication's 20 favorite Sub Pop albums, with Stuart Berman writing that it represented "a long overdue document of the band's pop prowess" for many longtime fans. Read more on Last.fm. 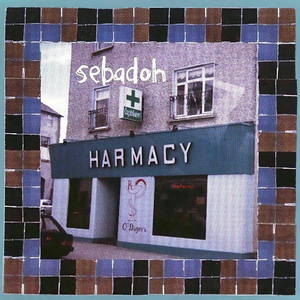 Harmacy is the sixth album by American indie rock band, Sebadoh. It was released by Sub Pop in 1996. It is the second and final Sebadoh album to feature drummer Bob Fay, who replaced founding member Eric Gaffney in 1994. The album cover features a photograph of a pharmacy in Cashel, Ireland, taken by band member Jason Loewenstein on tour. The missing "P" gave the album its title. As with its predecessor, Bakesale, the songwriting on Harmacy was handled primarily by Loewenstein and founding member, Lou Barlow, with Fay contributing the lone track, "Sforzando!," and the band covering "I Smell a Rat" by American hard rock band, The Bags. Like Bakesale, the album found Sebadoh flirting "with (relatively) polished production", as well as a pervasive use of electric guitars and longer song structures, marking a clear departure from the band's lo-fi, often acoustic earlier albums like their landmark release, Sebadoh III (1991). Released in the wake of Barlow's Top 40 hit, "Natural One," with his band Folk Implosion, Harmacy became Sebadoh's first charting album in the U.S., expanding on the success of Bakesale [3], and yielding the Modern Rock Tracks hit, "Ocean." The album was well-received by critics, albeit less so than Bakesale. Stephen Thompson of The Onion's A.V. Club wrote that Harmacy "doesn't have Bakesale's considerable staying power as a whole, but the strong balance of soft pop songs ("Too Pure," "Perfect Way," the elegant pop ballad " Willing to Wait") and abrasively punky rock songs ("Love To Fight," "Mind Reader," "Can't Give Up") still holds together somehow." Harmacy was included on several year-end lists in 1996, including Rolling Stone's "Ten Best Albums" (#8), the Village Voice's "Pazz & Jop Critics' Poll" (#36), and the NME's critics' poll (#38). Read more on Last.fm. 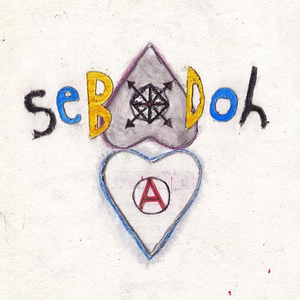