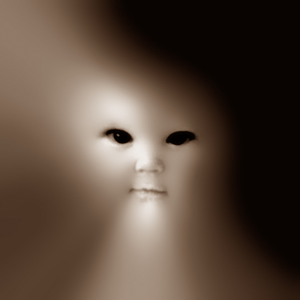 Von (Icelandic pronunciation: [ˈvɔːn], Hope) is the debut album of Icelandic post-rock band Sigur Rós released in 1997. Von was originally released in Iceland to moderate critical acclaim, but went relatively unnoticed abroad. In the first year following the release, Von sold only 313 copies in Iceland. In December 2005, Von and Ágætis byrjun were declared platinum albums in Iceland, signifying domestic sales of over 5,000. The production of the album took a long time, and the end result sounded significantly different from the original recordings. The band considered scrapping the final result and starting all over again, but decided not to because it would have made the process too long. In exchange for recording time, Sigur Rós painted the studio they recorded in. The sixth track (18 sekúndur fyrir sólarupprás) consists of 18 seconds of silence, and gave name to Sigur Rós's official website, eighteen seconds before sunrise. The last track starts with six minutes and fifteen seconds of silence, then consists of a portion of Myrkur played backwards, hence the name of Rukrym. The cover depicts Jónsi's sister Inga Birgisdóttir as a baby. Read more on Last.fm. 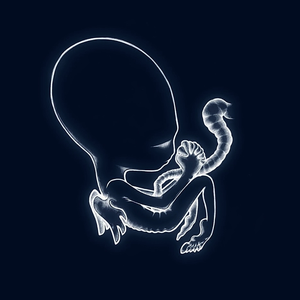 Ágætis byrjun is Sigur Rós' second LP, originally released by Smekkleysa in 1999, receiving later worldwide distribution from Fat Cat in May of 2001. This album began a hype storm for the previously unheard band, earning endorsements from many critics and musicians, famously including Thom Yorke's glowing approval. It is generally considered their best-liked album, and it appeared on many critics' "best of 2000 / 2001" record lists. The album's title came from a friend hearing the first song they had written for the album, which would become the title track. After hearing the song, he said it was "a good beginning"; the name stuck. The name has also been translated as "An alright start." Sigur Rós won an Iceland Music Award and the 2001 Shortlist Music Prize for this album. Compared to their first record, Ágætis byrjun has a spectacular level of production, causing their magical, lullaby post-rock sound to manifest in all of its glory for the first time. Also, this album incorporated more kinds of instruments than the debut. The band is lumped into the post-rock category because they play slow, lengthy compositions that feature classical-style arrangements and themes played by string sections and other instruments, while utilizing rock crescendo effects similar to Godspeed You! Black Emperor. A main point of divergence from other post-rock groups of their time is their use of vocals instead of just instrumental jams; their singer Jónsi Birgisson has a strong, siren-like falsetto which he uses to intone Icelandic-language lyrics as well as Hopelandic lyrics, which is their own, made-up language (featured on track 8, "Olsen Olsen" and the whole of the third LP.) This record is full of spectacularly huge moments of heartbreaking beauty, which has drawn the band's admirers to revere them for their awesome power of creating entrancing, otherworldly music. Read more on Last.fm. 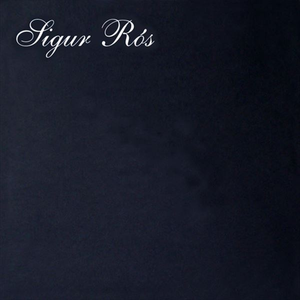 It doesn't have any other official name than ( ), so the name of this album can be pronounced in several ways. The members of Sigur Rós usually refer to it in Icelandic as "Svigaplatan" ("The Bracket Album"). In the credits of the movie "Heima" it is referred to as "The Untitled Album". Fans have referred to it as "Parentheses" or "Brackets". This album's vocals are recorded in "Vonlenska" ("Hopelandic"), which consists of meaningless syllables and resembles scat singing. The "language" is named after Von, the first song that featured it. Most of the syllable-strings sung by vocalist Jón Þór Birgisson are repeated many times throughout each song, and often throughout the whole album. All tracks are officially untitled; the other names are the working titles the band members use to refer to the tracks. 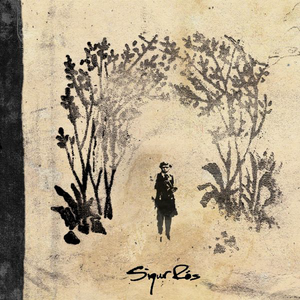 Takk... (Icelandic for Thanks...) is the fourth full-length studio album by the Icelandic band Sigur Rós. The first singles, "Glósóli" and "Sæglópur", were released on August 15, 2005 and August 16, 2005 respectively, the former worldwide and the latter only in the United States. The single "Hoppípolla" was released in the UK on 28 November 2005 and entered the singles chart at #35 on 4 December. Upon its re-release in May 2006 it reached #24 in the UK chart. Read more on Last.fm. 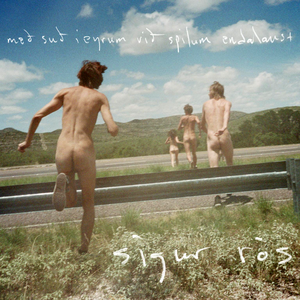 Með suð í eyrum við spilum endalaust (English: With a Buzz in Our Ears We Play Endlessly) is the fifth full-length studio album by the Icelandic band Sigur Rós, released on June 23, 2008. It is the band's first album to feature a track sung in English (All Alright). The first track on the album, Gobbledigook, premiered on Zane Lowe's BBC Radio 1 music show in the UK on May 27, 2008, and was available for free download from the band's official media website. Festival was premiered on Colin Murray's Radio 1 show on June 3, 2008. The album was available for pre-order from June 3 on the band's official media site, and on June 5, the band performed "Gobbledigook", "Inní mér syngur vitleysingur ", "Festival", "Fljótavík", "Við spilum endalaust" and "All Alright" live in Guadalajara, Mexico. On June 8, the full album streamed early on the Sigur Rós dót widget. The album's cover features a photograph by Ryan McGinley, entitled "Highway". Originally the album artwork was going to be done by Olafur Eliasson; it would have been the first time the band had passed album artwork to an external artist. In the end they did not like the proposed design and created the cover art themselves using the photograph. Trivia: The song "All Alright" played a central role in Neil Jordan's 2009 film Ondine whilst "Festival" featured in the 2010 Danny Boyle film 127 Hours. Track listing: No.TitleLength 1."Gobbledigook"3:08 2."Inní mér syngur vitleysingur" ("Within me a lunatic sings")4:05 3."Góðan daginn" ("Good morning")5:15 4."Við spilum endalaust" ("We play endlessly")3:33 5."Festival"9:24 6."Með suð í eyrum" ("With a buzz in our ears")4:56 7."Ára bátur" ("Row boat")8:57 8."Íllgresi" ("Weeds")4:13 9."Fljótavík" ([the name of a wide bay in Hornstrandir, Iceland])3:49 10."Straumnes" ([the name of a tidal headland near Fljótavík])2:01 11."All Alright"6:21 Japanese and iTunes bonus track No.TitleLength 12."Heima" ("At home")3:59 Personnel: Jón Þór Birgisson – vocals, guitar Kjartan Sveinsson – keyboards Georg Hólm – bass Orri Páll Dýrason – drums Strings: Amiina (on tracks 2,3,4,5,8 and 9, recorded in Kjartan Sveinsson's living room and Langholtskirkja Hildur Ársælsdóttir Edda Rún Ólafsdóttir Maria Huld Markan Sigfúsdóttir Sólrún Sumarliðadóttir Brass (on tracks 2, 4 and 11) performed by: E. Friðfinnsson Helgi Hrafn Jónsson I.G. Erlendsson K. Håkonarson Samúel Jón Samúelsson S. Sigurðarson S.J. Bernharðsson Tambourine, claps and other noises by Siggi Frendi, Höddi Gunni, John Best, Sunray and Breeze. "Ára bátur" recorded live at Abbey Road Studios with the London Sinfonietta and the choristers of the London Oratory School Schola. Directed by D. Bjarnason, engineered by Andy Dudman. Read more on Last.fm. 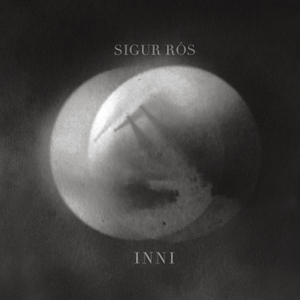 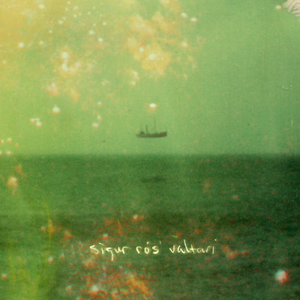 Valtari is the sixth studio album by Icelandic post-rock band Sigur Rós, released on 23 May 2012 by Parlophone. Bassist Georg Hólm described the album as having "more electronic stuff than before" but not being "a dance album". The first single "Ekki Múkk", as well as an accompanying video, was released on the same day. Hólm also said of the album - "I really can’t remember why we started this record, I no longer know what we were trying to do back then. I do know session after session went pear-shaped, we lost focus and almost gave up... did give up for a while. But then something happened and form started to emerge, and now I can honestly say that it’s the only Sigur Rós record I have listened to for pleasure in my own house after we’ve finished it." The song "Varðeldur" is a different version of the song "Lúppulagið" from the live album Inni. Valtari's album cover is by Jónsi's sisters, Lilja and Inga Birgisdóttir. Inga was also the baby on the cover art for Sigur Rós' debut album Von. Read more on Last.fm. 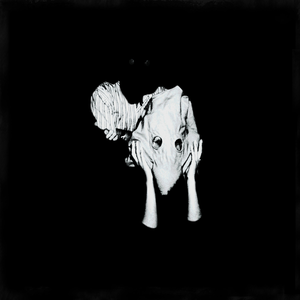 Kveikur (pronounced [ˈkvɛɪ-kʏr]) is the seventh studio album from Icelandic post-rock band Sigur Rós. It was released on June 17, 2013 internationally and June 18, 2013 in the United States through XL Recordings. It is the first album to be released through XL after the band departed EMI in 2012. It is also notably the first album by Sigur Rós not to feature keyboardist Kjartan Sveinsson, after he had left the band in 2012. Kveikur sees a new direction taken by Sigur Rós, both musically and thematically. Previously, the band's music has been synonymous with ambient music, but for the first time in the band's history, Kveikur sees the band depart from this style of music to present a darker, heavier and "more agressive" sound than any of the band's previous works. Kveikur was officially unveiled by the band and label XL Recordings on March 22, 2013. The artwork for the album, its release dates and its tracklisting, along with new dates on the Sigur Rós World Tour were publicly announced. An extended play, entitled Brennisteinn and featuring lead single "Brennisteinn" and two Kveikur cuts "Hryggjarsula" and "Ofbirta", was also released on the same day to ticket holders of North American dates on the Sigur Rós World Tour. The cover is a work by the Brazilian artist Lygia Clark. Read more on Last.fm. 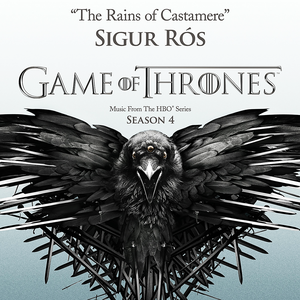