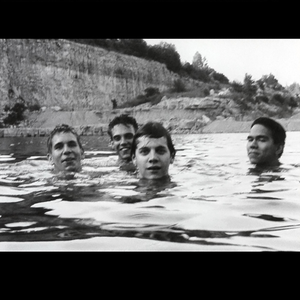 Spiderland is the second and final studio album by the American rock band Slint. It was released on March 27, 1991, through Touch and Go Records. Featuring dramatically alternating dynamics and vocals ranging from spoken word to shouting, the album contains narrative lyrics that emphasize alienation. Spiderland was Slint's first release on Touch and Go, and the group's only album to feature Todd Brashear. Although Spiderland was not widely recognized on its initial release, it eventually sold more than 50,000 copies and became a landmark album in underground music after Slint broke up. The album has been highly influential on the styles of many bands in the post-rock and math rock genres, including Mogwai and Godspeed You! Black Emperor, and has been named a favorite of several indie rock musicians. In 2007 and 2013–2014, Slint reunited for a tour consisting of performances of Spiderland in its entirety. Slint formed in 1987 in Louisville, Kentucky, from the remnants of the punk rock band Squirrel Bait; the founding members included Brian McMahan (guitar, vocals), David Pajo (guitar), Britt Walford (drums) and Ethan Buckler (bass guitar). The band's debut album, the Steve Albini-produced Tweez, was released on the group's self-owned label Jennifer Hartman Records and Tapes. The album's sound has been described as a combination of "scratchy guitars, thumping bass lines and hard hitting drums". Buckler promptly left the band out of dissatisfaction with Albini's production, and was replaced with Todd Brashear. The band's second recording was for the instrumental extended play Slint, which included a new version of "Rhoda" from Tweez. The EP, which would not be released until 1994, was a departure from Tweez's sound and reflected the band's new musical direction. After the band ended its brief tour in support of Tweez, most of its members attended college. Around this time McMahan and Walford began writing together for the band's next record, creating six new songs which the band practiced throughout the summer of 1990. Slint entered River North Records in August 1990 to record Spiderland. At that time there were no vocals or lyrics prepared for the album, so the band wrote them while in the studio. The album's producer, Brian Paulson, was known for his "live" recording style in the studio, with minimal takes. Paulson recalled "It was weird while I was doing [Spiderland] because I remember sitting there, and I just knew there was something about it. I've never heard anything like this. I'm really digging this but it's really fucking weird." The recording sessions for Spiderland are reputed to have been difficult for the members of the band and were, according to AllMusic, "intense, traumatic and one more piece of evidence supporting the theory that band members had to be periodically institutionalized during the completion of the album." Rumors circulated that at least one member of Slint had been checked into a psychiatric hospital. Walford later addressed these stories in an article in Select by saying, "[We were] definitely trying to be serious about things, pretty intense, which made recording the album kinda stressful." The recording was completed in four days. Read more on Last.fm.