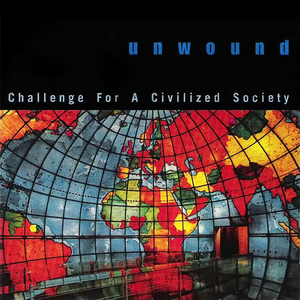 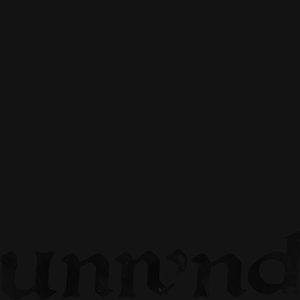 Leaves Turn Inside You is the eighth and final studio album by the American post-hardcore band Unwound, released on April 17, 2001 by Kill Rock Stars. The album received high acclaim from several music critics. Unlike previous Unwound albums, Leaves Turn Inside You was recorded in 2000 by the band members at their own built studio, MagRecOne ("Magnetic Recording One"), in Olympia, Washington. As singer and guitarist Justin Trosper explains, "Every record, we tried to raise the bar to some degree by asking, 'What can we do to make this better?' Usually that was just increasing the amount of time we spent in the studio. So the idea with the last record is that we would build a studio to record ourselves and break out of the pattern we'd established with longtime producer Steve Fisk and we'd have as much time to do it as we wanted — for better or worse". All songs were written and recorded by Unwound, with the production being handled between the band and Phil Ek. Leaves Turn Inside You was released as a double LP and double CD on April 17, 2001 by the independent record label Kill Rock Stars, which also released the band's previous five studio albums. The CD version is enhanced with two music videos: "Radio Gra" (by Slater Bradley) and "Scarlette" (by animator Zak Margolis). A promotional CD version on Matador Europe exists, which features the whole album on one CD, omitting the videos; it comes in a slimline jewelcase with a different cover art and a quote citing Unwound as the best live band of their era. Leaves Turn Inside You continues down the exploratory path of Repetition and Challenge for a Civilized Society, using Mellotron and a more subdued instrumental attack. In fact, the discs are titled 2 and 3, implying that Challenge for a Civilized Society is the first one. The song "Below the Salt" features delicate piano, heavy usage of reverb, and intimate, near-whispered vocals, while "Scarlette" brings back the band's hardcore punk origins. "Terminus" features cryptic lyrics and apocalyptic, Godspeed You! Black Emperor-style chamber orchestration. Drummer Sara Lund and Janet Weiss of sonic/geographic contemporaries Sleater-Kinney provide backing vocals on "Demons Sing Love Songs". Leaves Turn Inside You received high acclaim from several music critics. AllMusic reviewer Bryan Carroll described the album as "a unique, epic effort from one of the most inventive and dynamic rock bands in recent memory". Max Finneran, writing for Spin, commented: "Rounding off the edges of its tried and true punk-rock grind with the melodic and rhythmic tropes of '60s psychedelia, Unwound has perfectly re-imagined a sound that most art-students wouldn't even spit on the first time around". PopMatters critic Matt Cibula stated that Unwound "plays with a tightness and richness that few bands can touch anymore; they have turned into the metal Minutemen". Camilo Arturo Leslie of Pitchfork wrote that he was "convinced that, if you've been following this band's development, the initial bewildered expression on your face will give way to total enchantment". Read more on Last.fm.