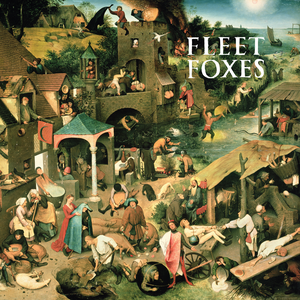 The full length self-titled album was released on June 3, 2008, selling over 141,000 records in North America and 100,000 in the UK. Gained fan recognition through myspace page, collecting over a quarter million plays in over two months in 2007. Plays as a soothing, baroque, folk harmonic album. Five-piece band based out of Seattle. The album debuted at #11 on the UK album charts, eventually peaking at #3, and on June 26, 2008, it debuted in Sweden at #34, eventually reaching peak position at #16. It received very positive reviews, with an average of four to five stars of five. It was one of the most critically acclaimed albums of 2008. The album had sold over 100,000 copies in the United Kingdom by the end of 2008, making it the first gold certificate record released by label Bella Union. As of February 2009, it has also sold over 211,000 copies in the United States. Read more on Last.fm. 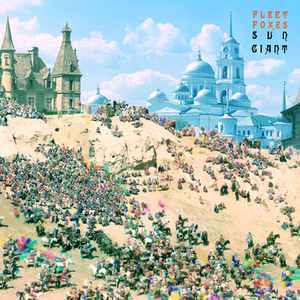 Sun Giant is an EP by Seattle-based band Fleet Foxes, released on April 8, 2008, on Bella Union and Sub Pop. The EP was named the #1 album of the year by Pitchfork in conjunction with their debut LP, Fleet Foxes. While the EP was released prior to their debut album, Fleet Foxes, the songs on Sun Giant were recorded after those that feature on their full-length album. The band stated that the EP was pressed so that they had something to sell on tour, and clarified that the music was not indicative of their ambitions. Sun Giant was in fact originally intended to be a tour only release, but demand from fans led to its official release. Read more on Last.fm. 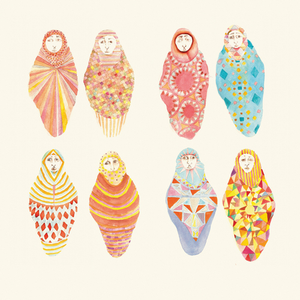 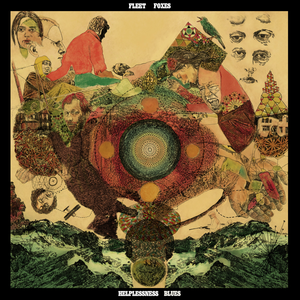 Helplessness Blues is the second studio album by Seattle-based folk band Fleet Foxes (release: May 02, 2011 on Bella Union) - leaked almost six weeks prior to the release). Initially, Robin Pecknold had stated he would like the album to be released in 2009; however, the band's touring schedule had caused them some setbacks. They got together to rehearse new songs in February 2009 in a rented house outside Seattle, but the sessions were mostly scrapped. As a result of those wasted sessions, the band lost $60,000 of their own money. After their tour in support of the 2008 releases ended, the band's singer-songwriter mentioned the possibility of starting to record new songs, but Joshua Tillman, Fleet Foxes' drummer and co-song arranger, was scheduled to play Europe and North America all along the 2009-10 winter as part of his solo musical act. Added to this, Philip Ek, the band's producer and friend answered in an interview that he was likely to continue as the producer as Robin had already sent him some demos to start listening to. In an interview with Pitchfork, Pecknold stated he expected the album to be released sometime in the second half of 2010. The incredible care Pecknold put into the album was painstaking, creating turmoil in his personal relationships. In an interview with Rolling Stone Magazine, Pecknold admitted that his girlfriend of five years found the stress this album placed on their relationship too much, and ended things. Upon hearing the completed album, she realized that Pecknold's efforts were worth it and they are working it out. Pecknold has come out saying for their second album he tried to sound "less poppy, less upbeat and more groove-based". Taking inspiration from Roy Harper's psychedelic folk album Stormcock, or at least its 12-string guitar he said: "That will be the primary sonic distancing from the last record". Added to this, he stated they wanted to record very quickly, saying he wanted to do the "vocal takes in one go, so even if there are fuck-ups, I want them to be on there. I want there to be guitar mistakes. I want there to be not totally flawless vocals. I want to record it and have that kind of cohesive sound. Van Morrison's Astral Weeks, to me, is the best-sounding album because it sounds like there were only six hours in the universe for that album to be recorded in. So I want it to have that feeling." The band had recorded since April 2010 in different locations (including West Hurley, New York) after two years of writing material and decided to scrap the earlier idea of a fast recording (though according to the band, the vocal takes as of yet have all been done in one take, perhaps in line with the original imperfect recording idea). In a press release from the band on January 31st, 2011, it was revealed that former Blood Brothers and Past Lives multi-instrumentalist Morgan Henderson had been officially added to the Fleet Foxes lineup. The album cover was illustrated by Seattle artist Toby Liebowitz and painted by artist Christopher Alderson. The title track, "Helplessness Blues" was released via free download on January 31st, 2011, and the album's fourth track, "Battery Kinzie" premiered on Zane Lowe's show on March 22nd, 2011. Their record label, Sub Pop, also released a downloadable music video made up of recording and other miscellaneous footage set to Fleet Foxes' song "Grown Ocean" on its site in support of the album. Additionally, the band released a 12" double A-side single of the title track backed with "Grown Ocean" for Record Store Day on April 16th, 2011. Sites: Discogs Read more on Last.fm. 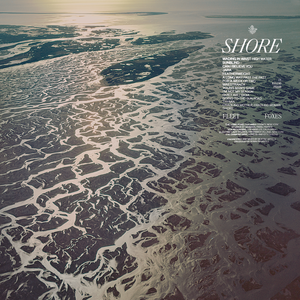 On September 22, Fleet Foxes released their fourth studio album Shore at 6:31 am PT/9:31 am ET to coincide exactly with the Autumnal Equinox. The bright and hopeful album, released via Anti-. Shore was recorded before and during quarantine in Hudson (NY), Paris, Los Angeles, Long Island City and New York City from September 2018 until September 2020 with the help of recording and production engineer Beatriz Artola.The fifteen song, fifty-five minute Shore was initially inspired by frontman Robin Pecknold’s musical heroes such as Arthur Russell, Nina Simone, Sam Cooke, Emahoy Tsegué-Maryam Guebrou and more who, in his experience, celebrated life in the face of death. “I see “shore” as a place of safety on the edge of something uncertain, staring at Whitman’s waves reciting ‘death,’” commented Pecknold. “Tempted by the adventure of the unknown at the same time you are relishing the comfort of the stable ground beneath you. This was the mindset I found, the fuel I found, for making this album.” Pecknold continues: Since the unexpected success of the first Fleet Foxes album over a decade ago, I have spent more time than I’m happy to admit in a state of constant worry and anxiety. Worried about what I should make, how it will be received, worried about the moves of other artists, my place amongst them, worried about my singing voice and mental health on long tours. I’ve never let myself enjoy this process as much as I could, or as much as I should. I’ve been so lucky in so many ways in my life, so lucky to be born with the seeds of the talents I have cultivated and lucky to have had so many unreal experiences. Maybe with luck can come guilt sometimes. I know I’ve welcomed hardship wherever I could find it, real or imagined, as a way of subconsciously tempering all this unreal luck I’ve had. By February 2020, I was again consumed with worry and anxiety over this album and how I would finish it. But since March, with a pandemic spiraling out of control, living in a failed state, watching and participating in a rash of protests and marches against systemic injustice, most of my anxiety around the album disappeared. It just came to seem so small in comparison to what we were all experiencing together. In its place came a gratitude, a joy at having the time and resources to devote to making sound, and a different perspective on how important or not this music was in the grand scheme of things. Music is both the most inessential and the most essential thing. We don’t need music to live, but I couldn’t imagine life without it. It became a great gift to no longer carry any worry or anxiety around the album, in light of everything that is going on. A tour may not happen for a year, music careers may not be what they once were. So it may be, but music remains essential. This reframing was another stroke of unexpected luck I have been the undeserving recipient of. I was able to take the wheel completely and see the album through much better than I had imagined it, with help from so many incredible collaborators, safe and lucky in a new frame of mind. Read more on Last.fm.